What’s big about big data? You will probably give it a thought after realizing that every year the US economy loses nearly $3.1 trillion due to poor data quality that can be fixed by deploying agile data analytics solutions. Consumers visit numerous online platforms to leave trails that data analytics can process via data lakes to give a clearer picture. Such insights are enough to understand their purchase decisions, buying habits, and even their plan to use disposable income based on predictive analysis. The ships have sailed that relied on orthodox marketing techniques, big data is all set to disrupt those old legacy solutions. But if you want to integrate big data solutions in your operational schema, these explosive trends of 2020  shouldn’t be missed in any way.

The need to maintain a large scale of data in a phased manner would command a huge amount of resources for investments to organize everything in a sequence. As a result, rather than going for multi-petabyte scaling using the MPP architectures that allow optimized data refinement, companies have started to overlook a larger perspective of big data, replacing it with data lakes. They could easily manage the scaling of data with data lakes using computation processes and data analytics powered by SQL servers that could answer JOIN Semantics and aggregations. In the end, more is always better, that’s what industries have started to believe replacing data warehouses/ data marts with data lakes. So, can we say that data lakes are the next Darth Vader for big data? That will be too soon to predict though!

√ Decentralization Will Pave the Way For Optimum Security In Big Data

As we are heralding in the world of blockchain and decentralized ledger technology, Enterprise Blockchain Solutions to manage and process data could pave the way to give control back to the consumers and end-users. On account of such developments, large tech companies working on data analytics and cloud computing might shift their operations on decentralized platforms powered by blockchain technology.

√ Ransomware To be Buried By Blockchain Technology

Blockchain is lately making inroads in the financial system with many countries and economies exuberant to adopt it in their mainstream financial system. Adoption of blockchain technology in data analytics and management will pave the way where ransomware cannot overwrite data. Decentralized servers will give better accountability, immutability, and unchangeable history records to help organizations easily understand the point of attack. This feature allows big data companies to provide immutable snapshots of data that were not compromised before the attack. Thus, allowing better operations with bundles of data stored in data lakes and data warehouses.

There has been a lot of debate going around scalability due to low TSPs or Transaction Per Seconds that blockchain as a solution faces on a daily basis. But we are looking beyond technology to understand the major outcomes that come because of regulatory compliances. Facebook Libra has already been in hot waters and payments using crypto-currencies will end up as a problem for early-stage adoption of blockchain in big data and analytics. Use cases include lack of consensus when data of large scale corporations would be made public using the blockchain technology. Early adopters who are not too acquainted with blockchain technology might have reservations. Already a lot has been going around the Libra Blockchain in European Union and the US.

As a result, organizations will be interested to investigate further before they engage in tokenizing their data assets. In their pursuit, open crypto-currencies could possibly lead to making the entire data public and jeopardizing operations. That will be a significant concern in terms of introducing technology transformations at the cost of security for enterprises and industries.

Data science has reached a new millennial after the introduction of Apache Arrow that has reached 6 M downloads so far, and it is expected to reach 10 M downloads by the end of 2020. Apache Arrow as an unprecedented open-source platform provides a specific standardized language-independent columnar memory format for flat as well as hierarchical data. This has made data science from 100x to 1000x faster. Apache Arrow will also introduce Remote Procedural Call (RPC) that will scale up data interoperability. It is expected that with just transformative evolution, Arrow could well replace the old ODBC/JDBC for data communication.

√ Spike In Control Over Data Analytics

Everything scarce is unique, but could we say the same for big data. Yes, possibly after witnessing the considerable spike in value it can generate for the business. Lately, data warehousing tools have evolved acting as frontline support to even help those who are not technically well equipped to handle data insights and analytics. The outcome of this will enable even nontechnical persons representing the board of directors in the company to tap into the data and analyze the same. So, we can well see a considerable transformation in the way data is transferred to tech teams for maintenance to self-access of data for identifying the right individuals capable of handling those data dexterously.

√ Kubernetes to Dominate Communication Across Software

P-a-a-S empowered Docker helps to bundle software libraries and establish one single communication bridge for effective performance. But lately, Kubernote has been able to leave a trail as the most revolutionary P-a-a-S where vendors have started to prefer it over Docker. But there are some glitches on the platform though but BlueK8s initiative will resolve the issues sooner. After significant backing from the big data community, there is no denying the fact that it will be undisputed 5 years down the line.

The past revolved around managing a lot of data in the data lakes and finding patterns for predictive analysis. That time will turn into the stone age, as AI advances further to use lesser data for faster learning and implementation.

√ DataOps Will Become the Game Changer

As tech trends further infiltrate into everyone’s life, there will be more inclination towards technology in the near future. After assessing the adoption of mobiles, it is expected 3.7 billion people or 72.6% of the Internet users will use mobile phones to access the Internet. So, all these times, you have heard of kilobytes, megabytes, gigabytes, or terabytes but new entrant zettabytes will reign across the Internet fraternity in 2020 and it will further scale in the future with such developments. With each passing day,  500 million tweets, 294 billion emails, 4 petabytes of data created on Facebook, 4 terabytes of data collected from connected cars, 65 billion messages on Whatsapp, and 5 billion searches demand agile, intuitive, and scalable solution. DataOps will make data analytics much more advanced to cope up with the accelerating data development cycle. With the help of DataOps, it will be simpler to invest in data, analytics, and machine learning applications in the near future.

√ BI Will be Crucial For Business Sustainability

All enterprises are involved in the race to gain data dominance for market capitalization. BI will be crucial to help minimize the time lag to take actionable decisions. With so much dependence on BI to check anomalies and smoothen operations, enterprises will look for more data for analysis and customer acquisition.

Annual Digital Growth has been growing at a significant scale with internet penetration sitting at 57% now which will further scale. With organizations being increasingly data-driven, there will be a considerable leap in early-stage adoption of data analytics in start-up and SME culture-making big data even bigger. Competition and competency both will rely a lot on how you can process the data that is stored under silos for actionable claims. Glorious Insight, as leaders in Data Management, Data Analytics, Artificial Intelligence, and Machine Learning can help your business embrace transformation and disruption with a strategical approach for business dominance. 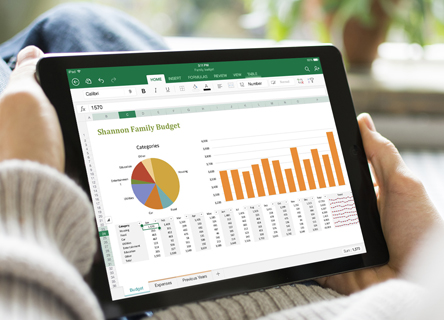 Know your dashboard and the specific purpose it serves 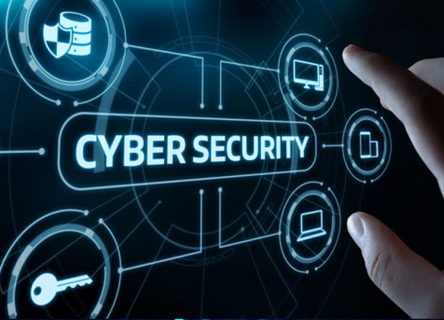 Enforcing a robust cybersecurity culture in your organization

How is COVID-19 inspiring the reinvention of the retail industry?